How to manage a 100+ hectare facility

If we look more specifically at the two largest greenhouse vegetable crops, bell pepper and tomato, it becomes obvious growers also have increasingly larger numbers of hectares at their disposal. In 2000, the Netherlands had 636 tomato growers with 1,133 hectares in total. In 2016, only 274 tomato growers were left, and their area had grown to 1,705 hectares. While an average tomato grower had 1.78 hectares in 2000, this increased to 6.22 hectares in 2016. Again, this more than tripled. Fewer and fewer tomato growers therefore have larger and larger companies. Over the years, mega-businesses even came into existence.

History
The origins of Agro Care can be found in Rilland, the Netherlands, where university friends Kees van Veen and Philip van Antwerpen bought 8 hectares of land, on which a greenhouse of 3.3 hectares was soon built. Less than a year later, the number of hectares doubled. In 1999, a garden and packing location were added to that in Maasdijk. This garden was discontinued in 2007, and the packing location was moved to another location in Maasdijk. That same year, the expansion in Middenmeer was started. In 2013, the construction of greenhouses was also started in North Africa. In 2016, a merger with colleague grower Kesgro followed, and Agro Care has 180 hectares in 2018.

Kees van Veen, co-founder:
“The biggest challenge was when we were between 10 and 20 hectares in size. Our branch in Rilland and the garden in Maasdijk were too small to outsource on the one hand, but on the other, they were too large to do everything by ourselves. The challenge was mostly to get the Dutch Rabobank to help finance our plans.”

To the Westland after all
“We were closer to the market there, and for our product, the at the time exclusive vine cocktail tomato, it was more convenient to be close to our customers. It was difficult to serve our customers with just half a pallet or even only ten boxes from Zeeland.”

“At a certain point, it was no longer possible to do everything by ourselves. That’s when it’s important to hire more people. The trick is to continue hiring people and to then train these people within the company. That way, you’ll have a double staff at some points, but this makes it possible to have trained workers in new branches.”

Large, but still too small
“We might be a major player but our customers are still larger than Agro Care. They prefer one phone number for all of their heated greenhouse vegetables. Agro Care is too small to fill just Greenpack. We see the benefits of working with colleagues. Our experience is that few distribution centres are large enough for just tomatoes. In order to fill up the lorries, it’s much more convenient to add a shipment of bell peppers to a shipment of tomatoes.”

“We’re still young enough to continue growing. In the Netherlands, we’ve now chosen to mark time for a bit, it’s so busy here now.” New greenhouses are being built in North Africa. “That will continue to happen, I think. We’re also looking at opportunities to grow in the Netherlands, whether we’ll build our own greenhouses, take over existing ones or merge with other companies, these are all options for us.” 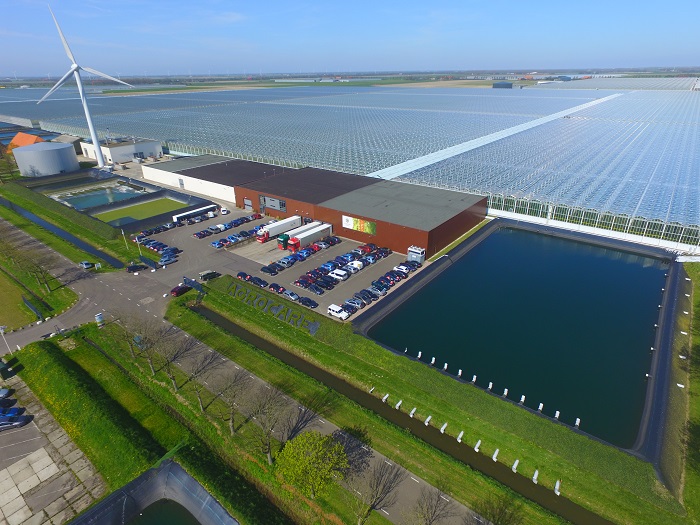 History
CombiVliet was founded in the 1950s by Pieter Cornelis van Vliet, and is a family company. In the 70s, Theo van Vliet took over from his father, and the next generation, represented by Roy van Vliet, is now ready to continue the company. It started as a small company in Monster, but by 2018, it has grown into a major player in the production of tomatoes.

Martine van der Meer, communication and HRM:
“Labour is a critical factor on the current market. Machines, plants and desks can be bought anywhere, but that’s not the case with people. People don’t grow on trees, you have to work hard to find them. Based on our core values, we carefully select our people. They have to be the right match for our company. Only then can they be the best version of themselves, and ‘grow with the company.’”

“Many colleagues don’t spend much time together. To have a company bond, we have a monthly newsletter within CombiVliet, communal activities, Yammer (a communication tool like Facebook) so that colleagues can contact each other daily, and a platform, CombiVliet Online, so that everyone can stay up-to-date about what’s going on in the company.”

Scaling-up as a necessity
“Nowadays, scaling-up is a necessity to do what you want to do as a company. For small, individual growers, costs are often too high. Just meeting all of the regulations that now come with the production of greenhouse vegetables is very expensive.”

“We’ve chosen to build in stages in North Holland. By building in stages of 12 hectares, it’s possible to keep everything under control. Only when a team has completely found their feet in a new branch, will we start building the next stage.”

“A grower in a small company has to be all-round, because much happens in a company. They’re responsible for both labour, biology, production and failures. With us, a grower (we call them production specialists) can focus on production. We employ people for all of the aspects of operational management. We don’t get involved with the sales, this is done via a grower’s association, Harvest House. You become strong by playing to your strengths.” 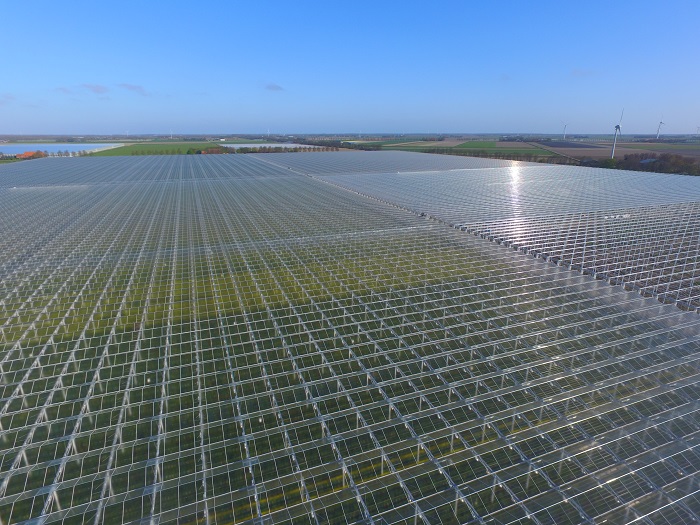 History
Hoogweg’s story starts in 1987 when Leo Hoogweg started producing tomatoes in Nootdorp. In 1998, Leo decided to switch to bell peppers. In 2001, they moved locations but stayed in Nootdorp. This location now has 6.8 hectares of greenhouses. In 2008, they decided to switch to the Noordoostpolder. The 22 hectares of that year have grown into 105 hectares in 2018. Hoogweg has grown three colours of bell peppers since 2014.

Mariska Hoogweg, Hoogweg Paprikakwekerijen:
“Staff is challenging for every expansion. We have a large group of permanent employees. For every expansion we try to find the best people for the company. However, this is becoming increasingly difficult on the current labour market.”

Trains and bicycles
“The distances within the company have become quite considerable due to our growth. That’s why we have company bicycles for our workers, and we also have a train to bring workers from the greenhouse to the canteen during lunch breaks.”

“We know the final customer of the bell peppers we now flow pack. Sales are done via Van Nature. Our bell peppers are sold throughout Northwestern Europe via their trade partners. We could perhaps take care of our own sales, considering our size, but it’s a completely different branch of sport. We’re good at growing bell peppers, and that’s what we’re focusing on.”

Geothermal heat in greenhouses
“Within Hoogweg, we think sustainability is very important. Because of our company size, it’s possible to generate geothermal heat. This is a sustainable source of energy for our nurseries. We can personally use all of the heat from this source. We hope to meet about 70 per cent of our energy demand using geothermal heat.”

“When driving past our company, it’s not immediately obvious just how large it is. We opened our doors to the general public this year during the ‘Kom in de Kas’ (Visit our Greenhouses) event. Once inside, people could see the entire process of how a bell pepper grows, before it ends up in shops. The people were very impressed by what they saw.” 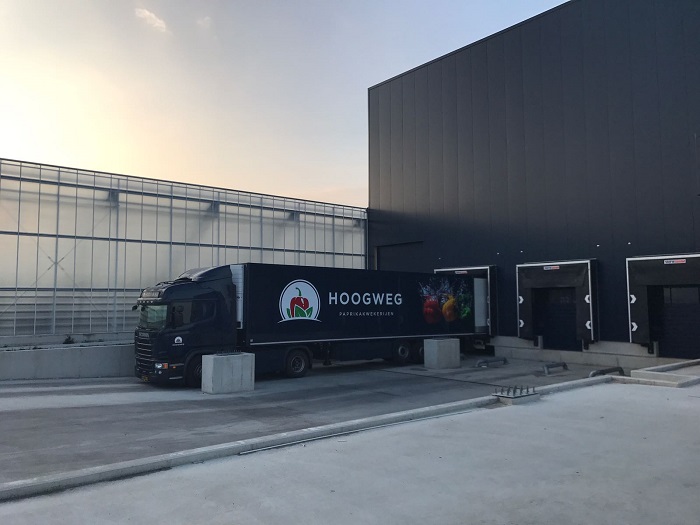