In the last couple of years Bayer has bought 110 acres of ground in Nunhem, The Netherlands, on which it is planning to build 50 acres of greenhouse in the next years. On Tuesday 3rd of October construction started on the 6-acre greenhouse and 180,000 sq.ft. R&D facility with the celebratory piling of the first pole. It will be called 'GreenEx', and the largest R&D investment in the history of the company will strengthen its global position on the vegetable seed market. The focus will be on cucumbers and tomatoes at first, with other crops following soon. 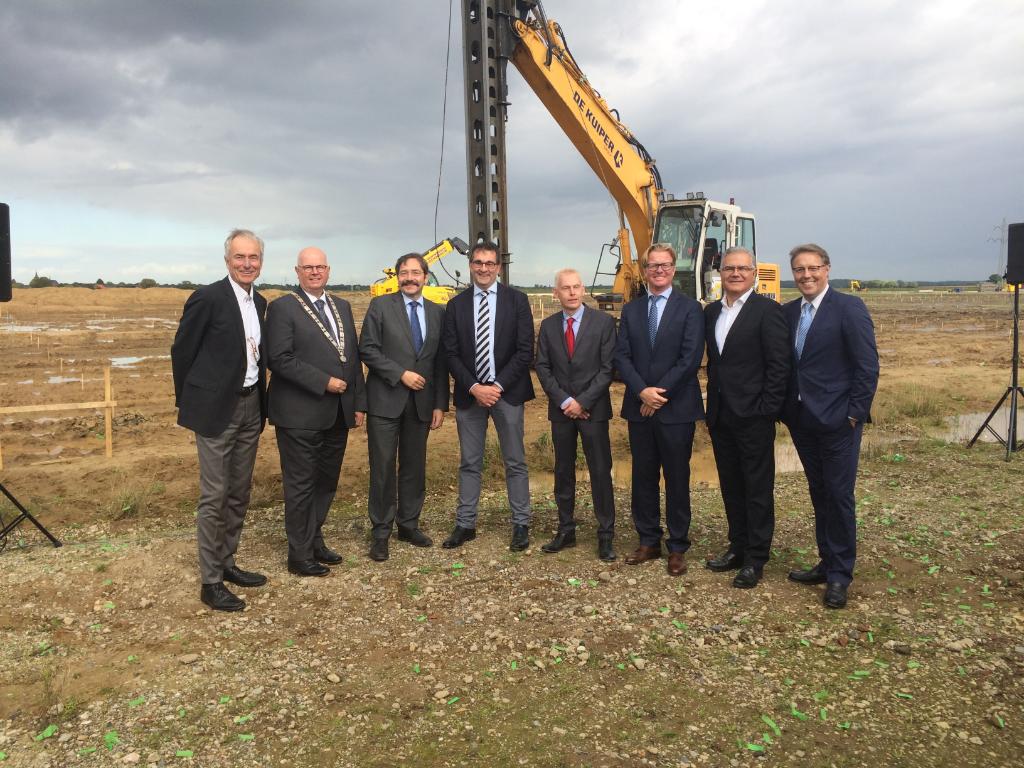 The first pole is piled into the ground under the watchful eye of representatives of local government and Bayer itself. 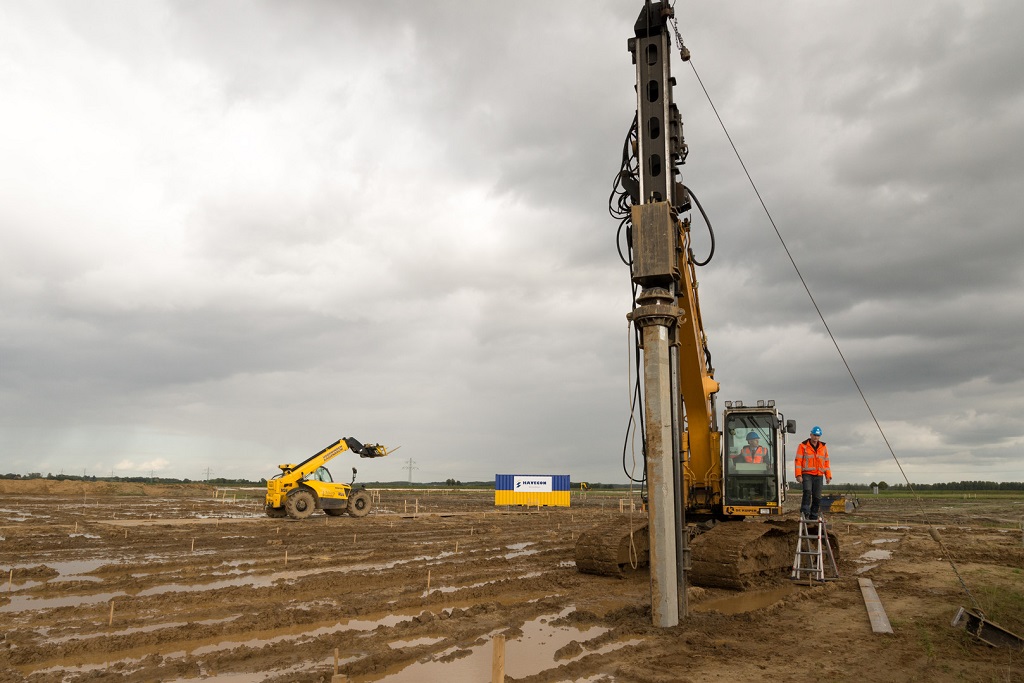 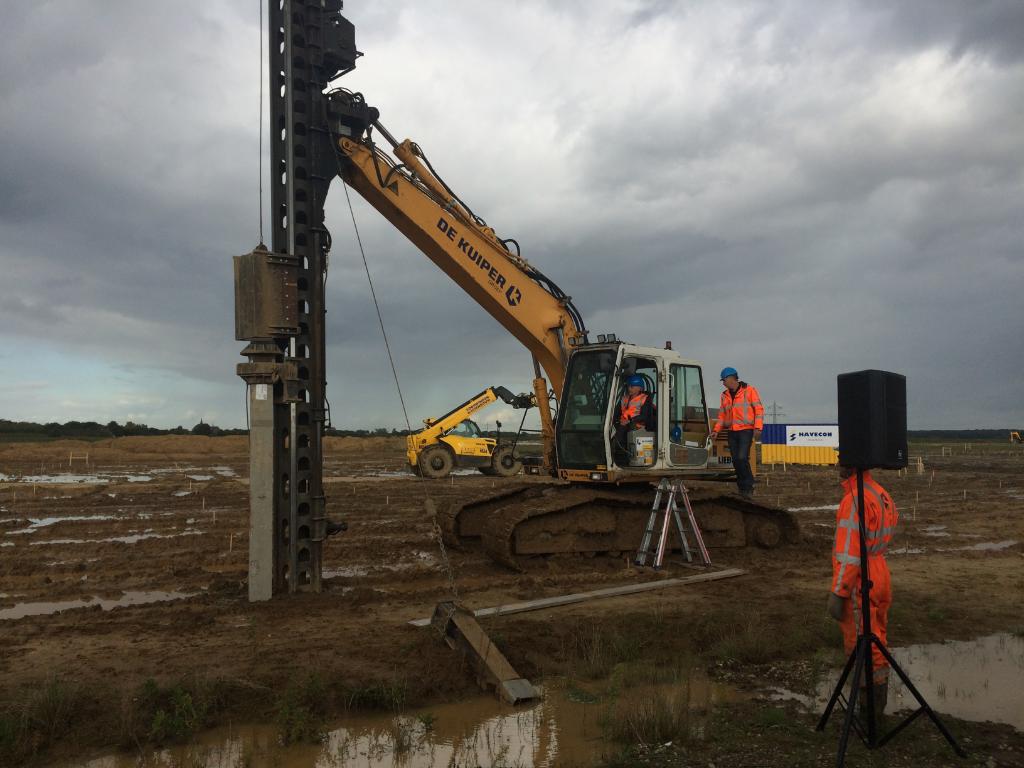 The actual piling of the first pole

In the new greenhouses room is reserved for growing young Bayer's own young plants. "We will do it ourselves because this gives us a logistical advantage, and it gives us full control over the hygiene of the plants", says Luc Swinkels, project manager of Bayer. Besides cucumbers, in which Bayer already has a strong position, the company wants to strengthen its position in tomatoes and peppers.

Lengthy preparations
The plans for this expansion started 8 years ago. There is no more room for building large-scale greenhouses at the current location of about 54 acres. In order to be able to expand, a 111-acre lot has been bought at the other side of the highway. There is room for about 50 acres of new breeding greenhouses to be built in the next 20 years. There will also be room for support facilities, parking placing, water basins and environmental compensation.

Land purchase
The purchase of the land took a lot more effort than it should have. Firstly, a suitable lot had to be found. According to Bayer this was a lengthy search, but in the end, it was just across the street. Ownership of this piece of land was divided between around 20 people, and several species of bird had made it their home, and the landscape is the most beautiful in the whole world, and archeologically speaking every square foot is per definition of high importance here. And then all layers of government had to be persuaded, local town people had their say in everything, so a lot of dealings had to be made. One would expect Dutch people to complain about everything, but that turned out not to be the case. Managing director John Willems is full of praise about the cooperation and the goodwill of all parties involved. "It is miraculous how well everybody found each other and the amount of cooperation that was given from all sides", says Willems. 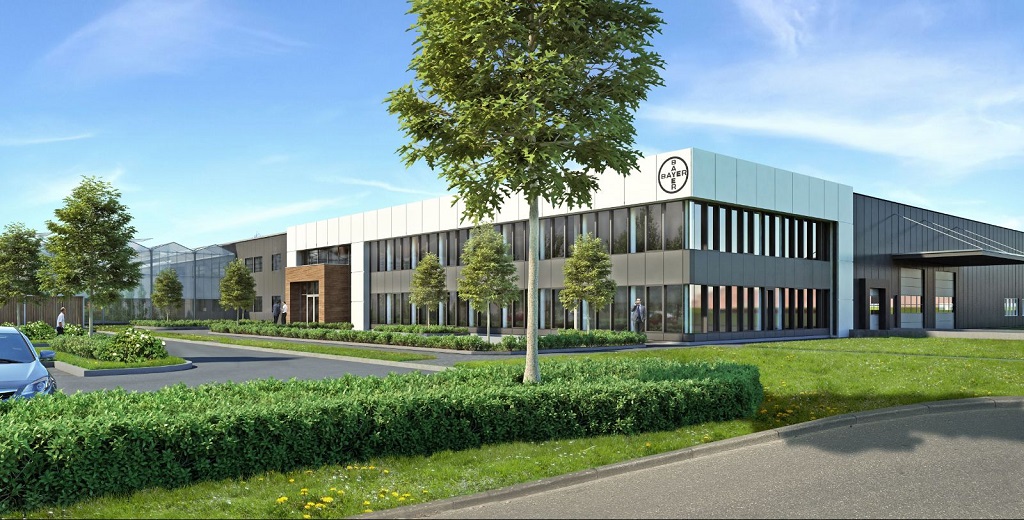 Artist impression of the plans 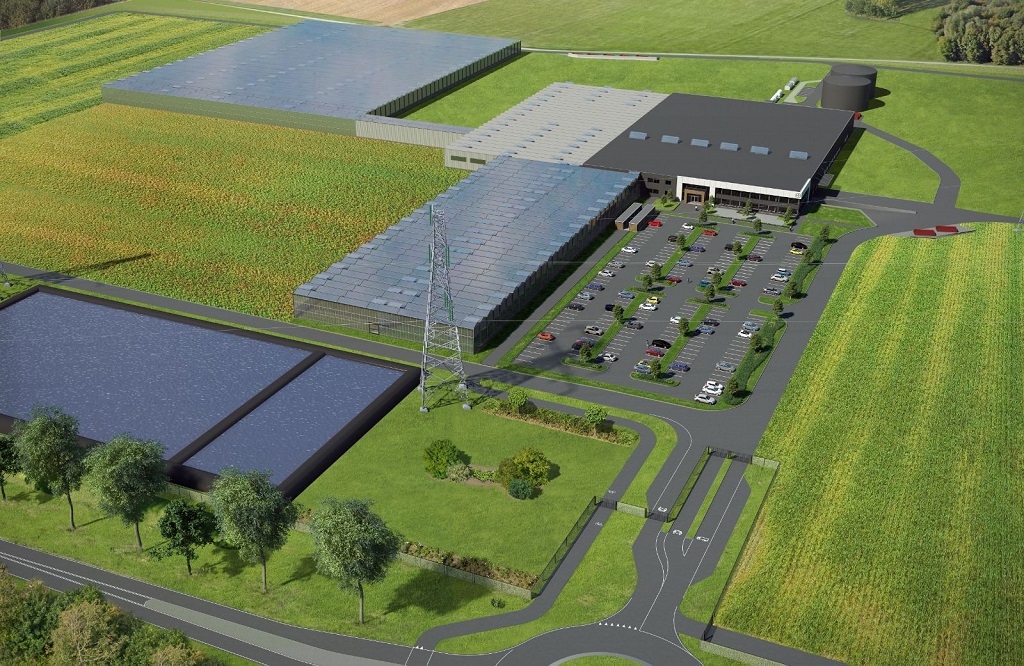 Artist impression of the plans

The region will benefit from the employment opportunities Bayer will generate. It will mostly have highly educated personnel, and it is literally a 'clean' company. "We don't make any noise, and we don't pollute", knows Willems, "and good deals have been made with local government and interest groups about nature and road use. A lot of things have already happened before today, making the first meter of greenhouse very expensive, but the rest can easily follow."

A good example of this pre-investment and the cooperation between Bayer and local government is the construction of a roundabout right in front of the company. This was necessary for a smooth and safe flow of traffic, but there was no government budget available. But it is there nonetheless. Bayer has paid for it in advance, and will eventually pay for half of the bill, and has supervised the complete construction. "And because there was still some money left in our budget, local artist Huub Frenken has been found willing to create artwork in the center of the roundabout." 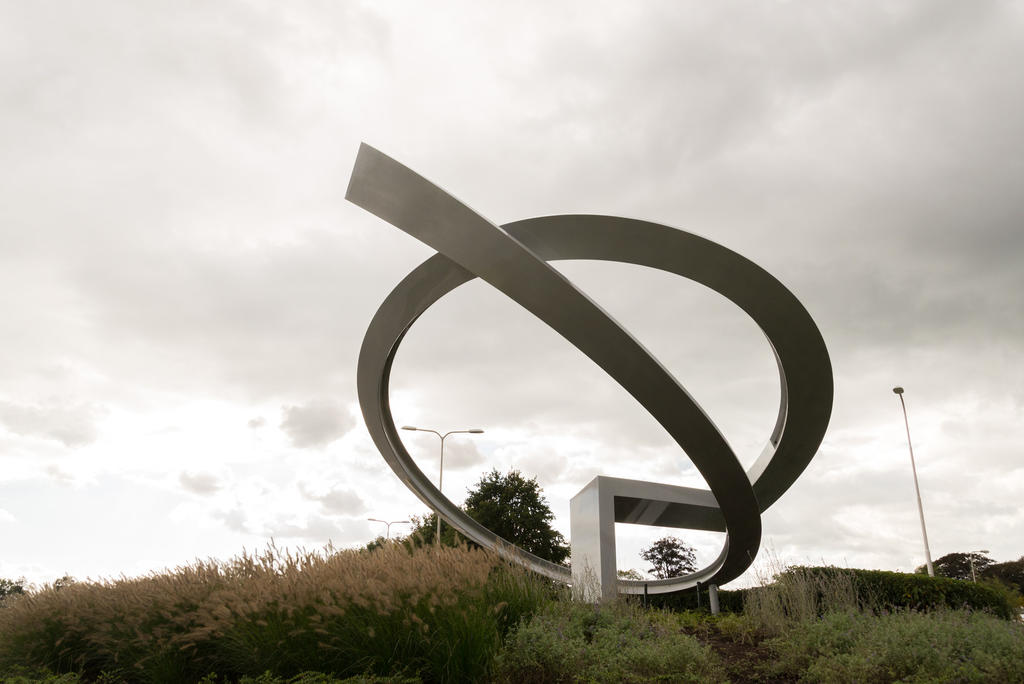 Artwork at the roundabout by local artist Huub Frenken 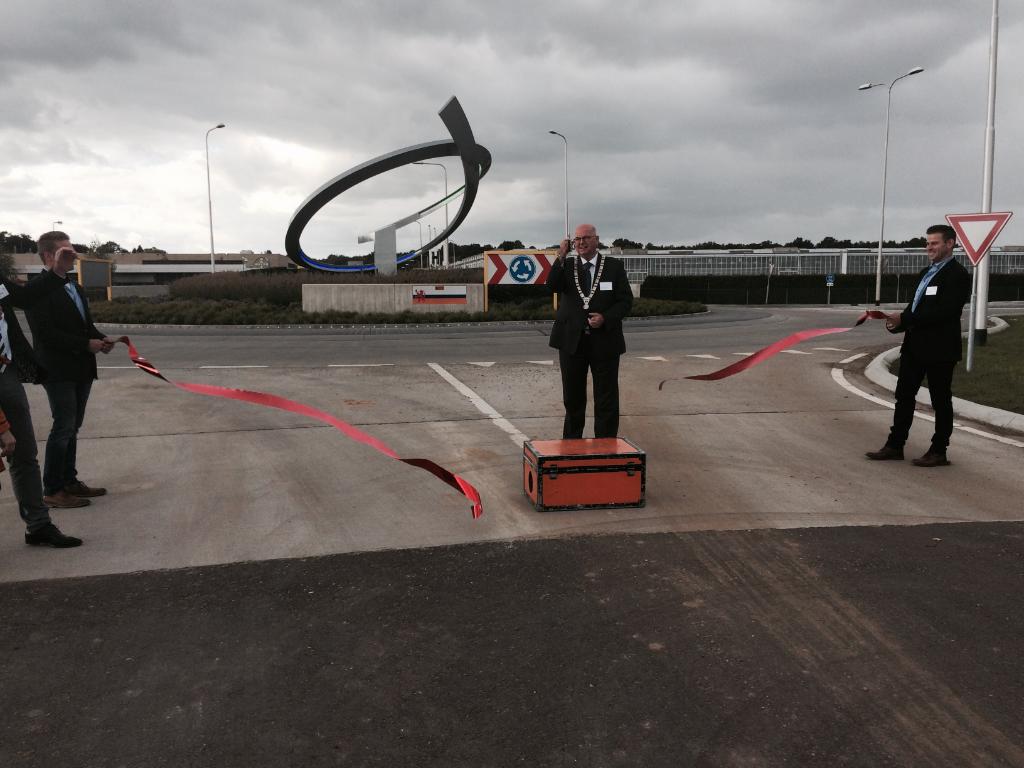 The mayor opens the roundabout by cutting a ribbon

300 jobs
At the moment 600 people are employed at Nunhems. This will eventually grow with about 300. The company, founded 101 years ago, is the vegetable seed branch of Bayer, a large global player in the field of medicine and pesticides. Lately a lot is going on behind the scenes: There are plans to take over Monsanto. According to John Willems the conditions for approval of this deal are expected within a few months. Apart from the potential acquisition of Monsanto, Willems hopes that the investments for this expansion will be perceived as a faith in the future of Nunhems.

Long term plans
The first phase of the expansion will be completed in November 2018. A total of six phases have been planned for the next 20 years. The total investment over that time will be several tens of millions of euros. The vegetable ennoblement activities of Bayer Vegetable Seeds in The Netherlands are better known under as Nunhems Zaden. Since 2014 the Bayer name and logo is emphasized. "We work in a global market. The Bayer name is well known in China, for example, and this that is an advantage", says Willems.

The new greenhouse will be multifunctional and adhere to the most modern standards. The greenhouses are higher so there is more space for high wire crops, the climate inside can be fully controlled and different crops with different crop growing systems can be used. The greenhouses will be equipped with modern purification techniques to prevent emissions into the environment. Last year Bayer has been cooperating with governments, residents and employees in order to properly prepare these ambitious expansion plans. A lot of attention has been given to the local infrastructure, safety, plant hygiene and nature compensation.

Alternative across the border
Willems praises the Province of Limburg and the municipality of Leudal for facilitating the expansion. In 2009 Bayer came up with the first expansion plans on the other side of the highway. The destination plans for that lot were changed to greenhouse area in September 2014. "The alternative would have been across the border, somewhere in Germany." 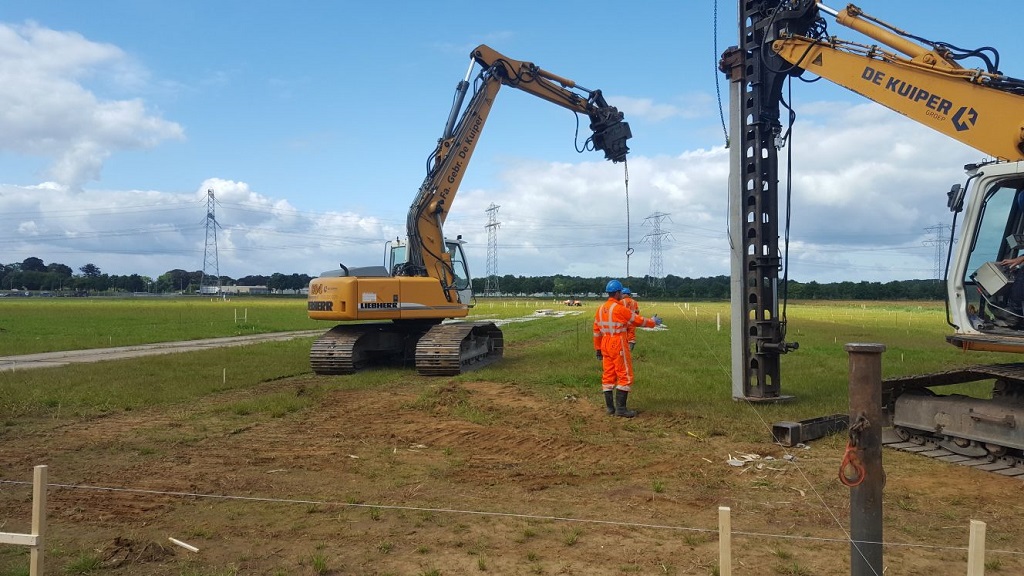 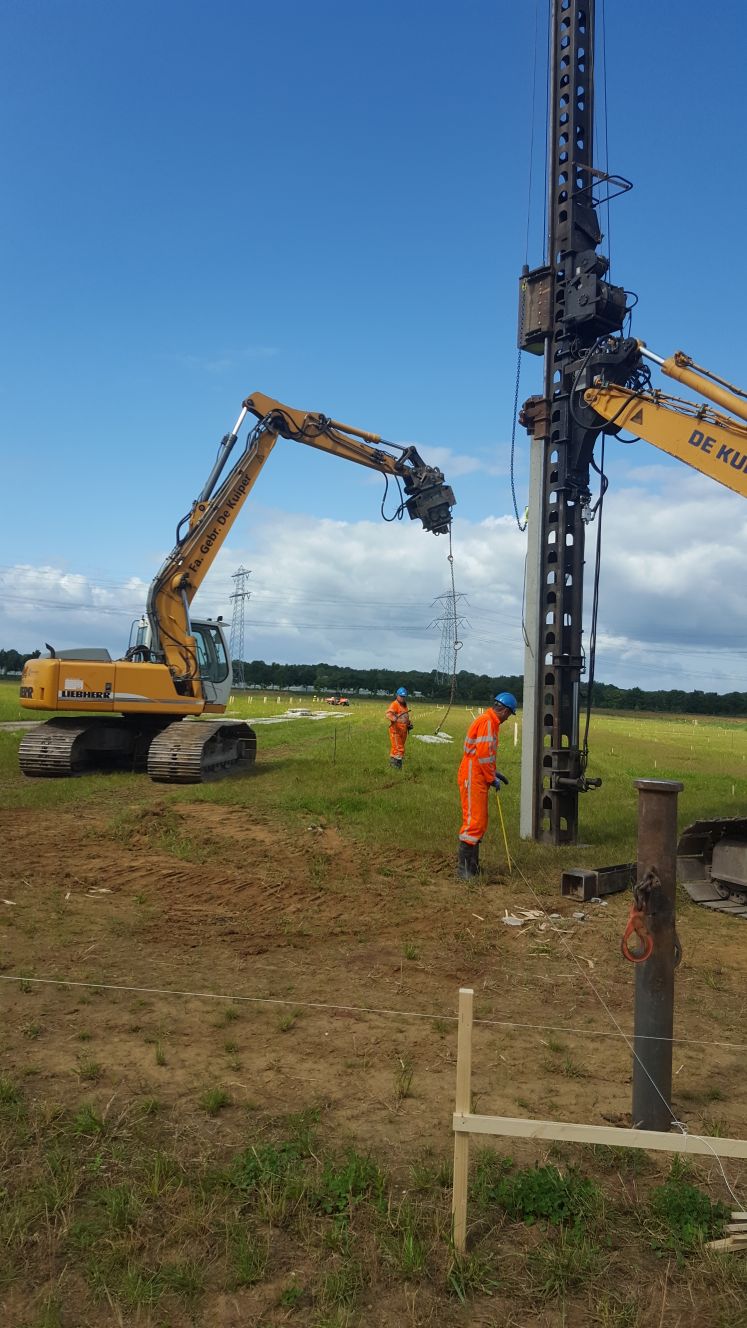 After the first pole, work continued instantly on the rest of the poles

Local broadcaster L1 made a news item about Nunhems, which can be seen here.