Dutch tomato grower CombiVliet has started preparations for the construction of phase 5 in Middenmeer. The greenhouse will span 12 hectares and that means that the Noordvliet location will grow to more than 60 hectares of greenhouses. "We can’t wait to start growing beautiful tomatoes here as well," according to the company. 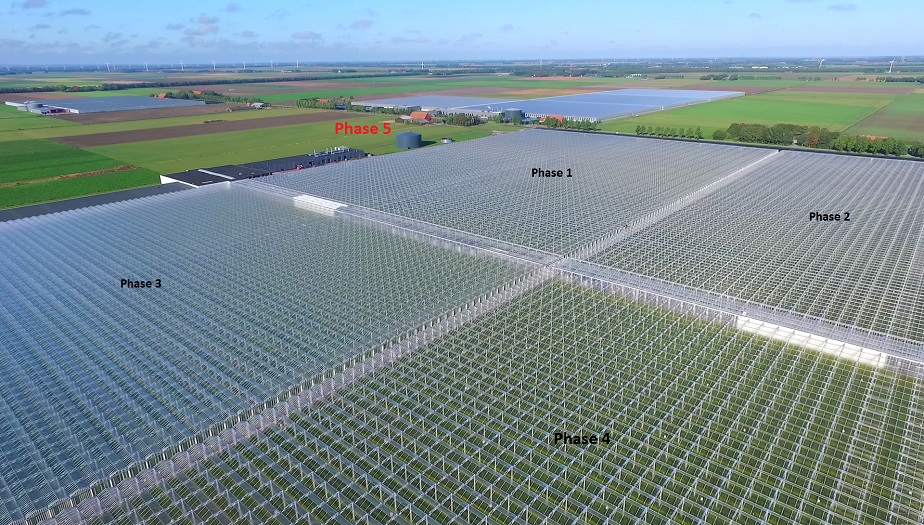 The 123 hectare plot in Middenmeer was bought in 2010 and scheduled for construction in eight phases. The fourth phase was completed last year. "Currently we’re at half of what the company envisioned in Middenmeer. With phase 5 we’ve started the second half and we’re proud of this," the company says. Counting the other locations in Rilland, 'S-Gravenzande and Maasdijk CombiVliet will be surpassing 100 hectares of greenhouse.

The start
Last week the men of Havecon worked hard on the foundation of greenhouse 7, or phase 5. Pile driving, pouring the foot and placing the concrete posts is now ready. The foot of the greenhouse still runs through the backyard of the farmhouse, which is still there. The barns that were behind the farmhouse have already been removed completely.

Building the steel structure of the greenhouse will be started in March. In the meantime heating company J. Dalm has started running the underground slot for the heating pipes and will soon start welding these pipes together. This will be done on the side. When the pipes are done, they will be hoisted into the slot.

Geothermal heat source
On the lot next to the plot ECW has begun to prepare for the drilling of a new geothermal source. They have now created a large working area there, with a water basin. "To do this we’ve installed the basin tarp for ECW with 38 men. Now they’re doing the piling at the site. The drilling rig will be built in March, for which 70 to 100 loads of material will be supplied. Then drilling will start, which will take about 40 days, after which it can all be cleared away again." 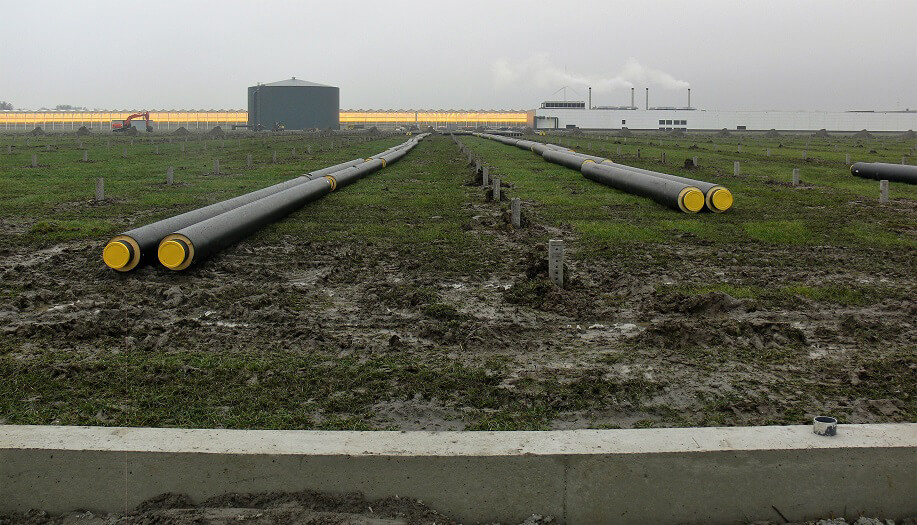 In previous years the company has provided regular construction updates and this year they have also promised to keep interested parties informed. "It was seen as fun and interesting. For the construction of our phase 5 in Middenmeer we’ve also been asked to keep the outside world informed, so updates will be given from Middenmeer on a regular basis."