This year we are building some prestigious projects in Canada. Just east of Montreal an expansion is taking place at Demers in Drummondville. In the early '60s Yolande and André Demers started their adventure with growing strawberries. They added tomatoes to their repertoire in the mid-1980s. With the construction of nearly 7 hectares a new chapter is started, nearly tripling the size of this Drummondville greenhouse, making Demers the largest tomato producer in Quebec.

Late 2016 the first construction works started with installing the foundation. After a winter break the first steel was placed when the temperatures allowed it. And now the first glass has been installed. At the end of this month the roof will be completely glazed, leaving only gables for next month. Early July construction will start on the systems indoor, like lighting, screening, etcetera. 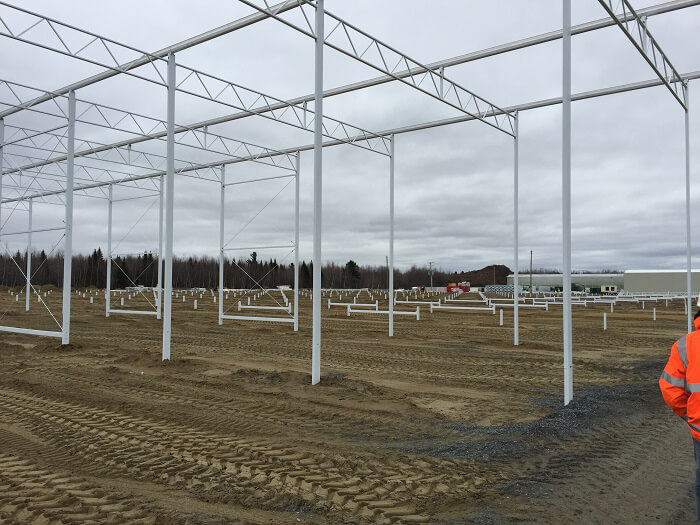 The first steel has been erected

A power plant has been installed that uses biogas to fuel the power engines, which are coupled to generators. Waste Management has developed an ingenious method in which the heat energy is recovered and used as an energy source. With this energy efficiency project, tomatoes can be produced throughout the year, including the winter months, without using fossil fuels to heat the greenhouse. 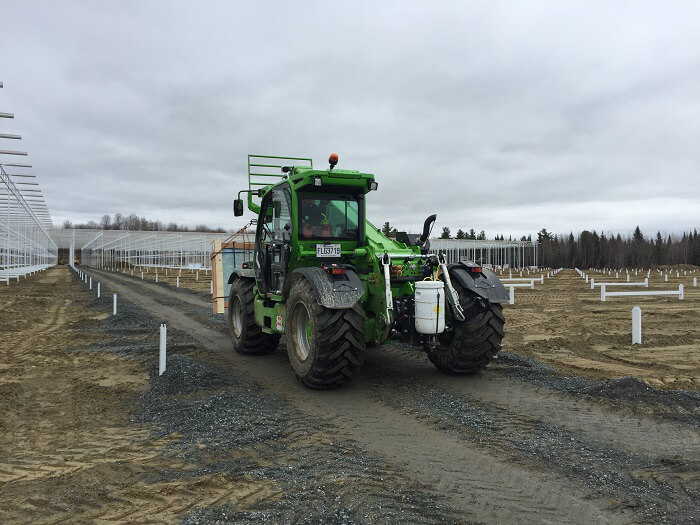 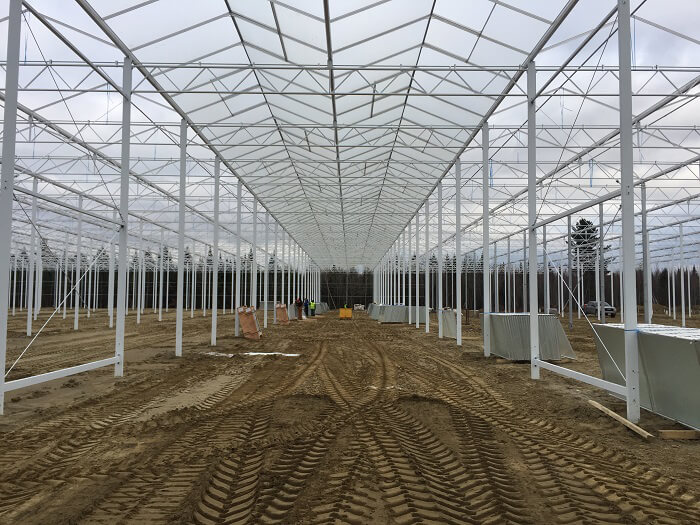 The greenhouse will be put into production in the autumn of 2017. 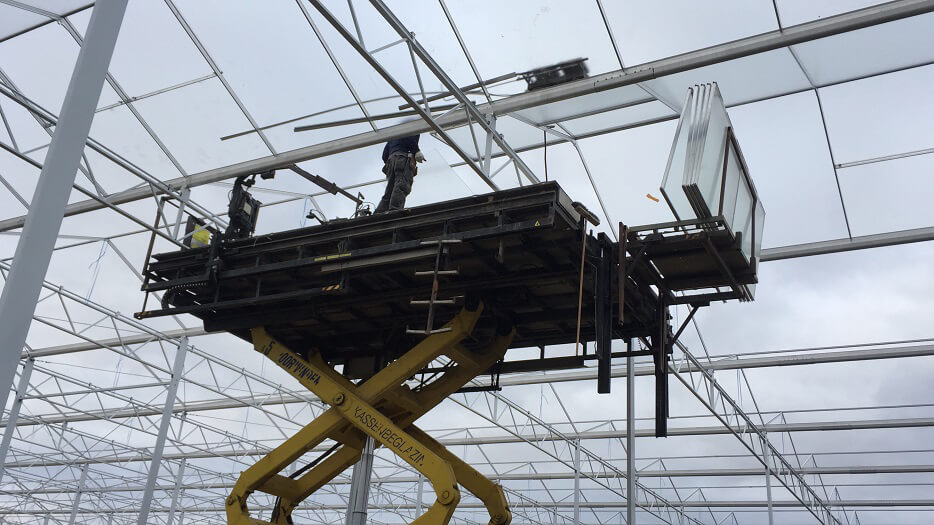