Foliera: Plants on the move

The starting point is always an empty piece of land. At least so it seems to outsiders, people that happen to drive by after a piece of land has been cleared. Nothing is farther from the truth. The first steps have been taken months before. A grower with a vision looks for partners to help him realize his plans. There is no better starting point than the partners that helped him build the previous greenhouse.

In 2015 the visions turned into concrete plans. The current greenhouse needed an expansion. There is enough room at the back of the lot to construct more than 6000m² of greenhouse. A moving gutter system is being used, just like the previous phases.

At the end of August 2016 construction work started in Beamsville, Ontario. The foundation was completed early September, after which the steel structure was erected very quickly. Halfway October the roof and gables were already closed, and the work on the internal systems could be started. In January 2017 the concrete floors were poured, and the heating system could be installed, together with the tranportation system.

The greenhouse right after the start of the construction of the indoor installations.

The extension was taken into service at the end of April. Each table contains one type of plants, and different types are spread throughout the greenhouse. A small area is reserved for plants to be put directly on the floor. 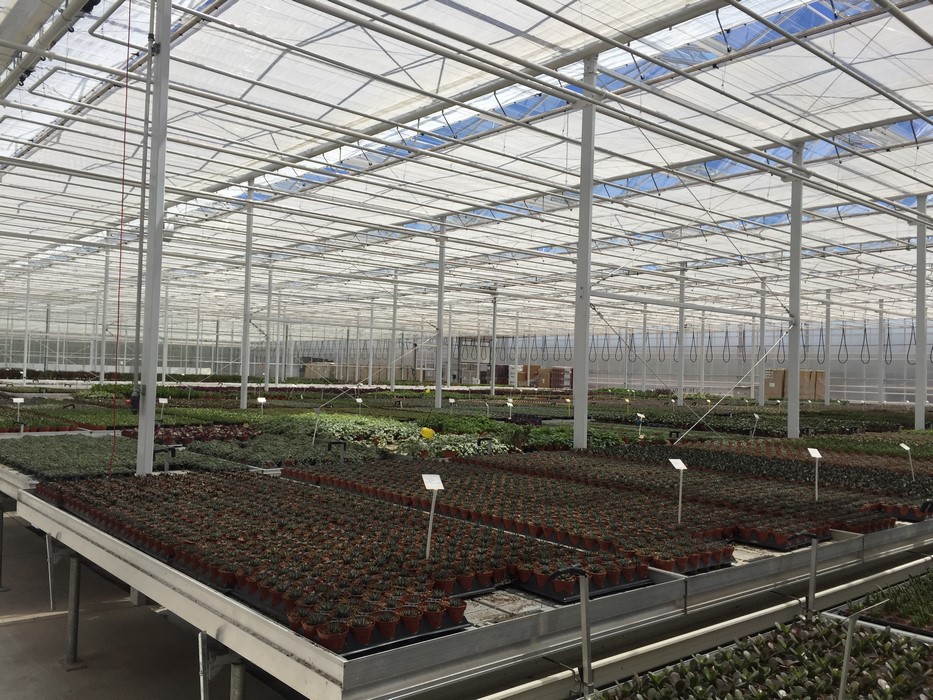 A rich variety of plants are grown at Foliera 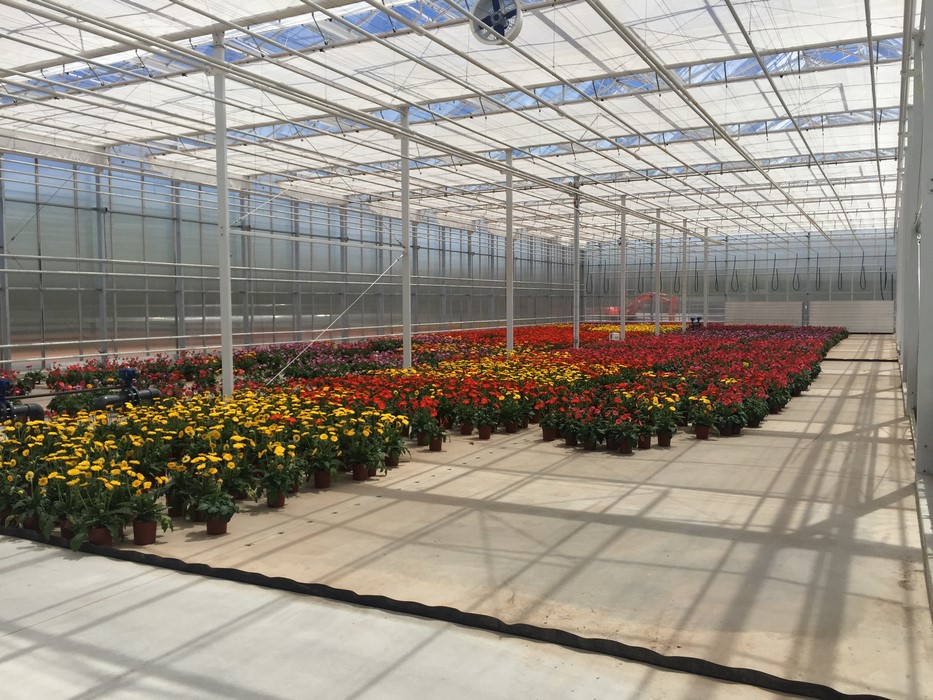 A variety of colorful plants are put directly onto the floor, sorted by color.

The result: A grower taking a walk through his greenhouse full of pride, seeing his vision fulfilled. We at Havecon are also extremely satisfied with the end result. Enjoy a couple of pictures of this beautiful greenhouse the way it looks like now.