For the Amercian company Green Empire Farms (GEF) from Oneida, NY we are building a large cultivation facility, excisiting of two greenhouses, a corridor and a warehouse.

GEF is part of the Mastronardi Group, a produce grower with it's origin in Canada. When this project is finished it will be one of the largest greenhouse complexes in North America.

The complex will then measure a total of 110 acres under glass. To put that in perspective, that’s the equivalent footprint of four Destiny USA shopping malls or 17 Carrier Domes. 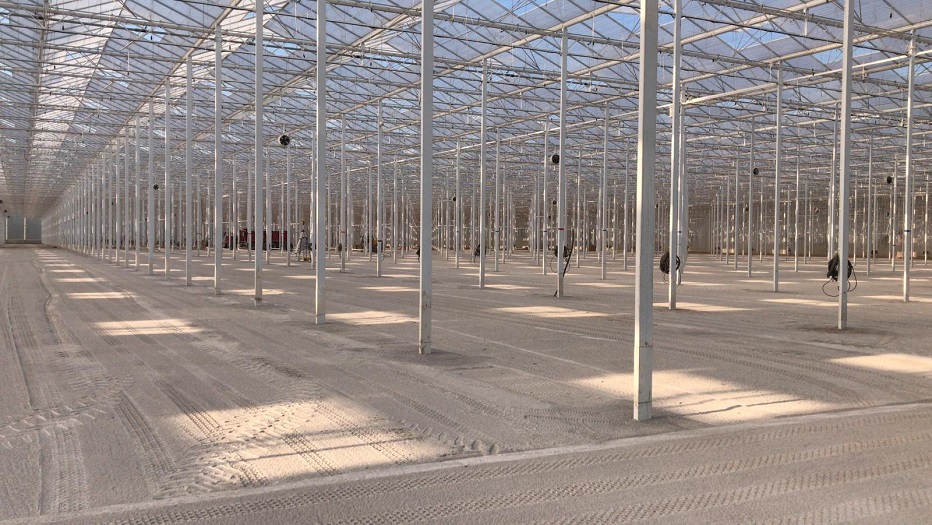 The floor of the first greenhouse is carefully flattened.

The first greenhouse, which Havecon and the Voorwinden Group will finish shortly, will grow berries in a joint venture with BerryWorld, a British berry grower. In the other Green Empire Farms will grow tomatoes.

Mastronardi sells produce to grocery stores in the Northeast and down the East Coast under the Sunset and Backyard Farms brands. Among the stores that carry its produce are Wegmans, Price Chopper, Tops and Walmart.

Mastronardi projects that the complex will create 118 jobs when the first two greenhouses are completed this year and 200 if all four greenhouses are built, according to the plans it filed.

Kipp Hicks, executive director of the industrial development agency, said the company conducted an extensive search throughout the Northeast for a site. It chose the former Brewer Farm in Oneida because it contained 300 acres of flat land, with available electrical power, water service and natural gas. The company acquired the land from a private owner for $4 million, according to a development agency document.

Jen Wheatley, communications manager for Mastronardi, said the company was also drawn to the site because of the available labor force.

Hydroponics is the growing of plants in a water-based nutrient solution instead of soil. Plants grow faster using hyroponics because they do not have to work as hard for their nutrients and the greenhouses where they grown provide a controlled environment with the right temperatures and amounts of water. In addition, the plants can be grown all year. “Essentially, our plants exist on a beautiful summer day even in the winter,” said Wheatley.Building greenhouses requires a much greater capital investment than an outdoor farm. However, Hicks said Mastronardi will be able to grow 20 times more fruits and vegetables in the greenhouses than on the equivalent amount of outdoor farmland.

Greenhouses allow foods to be grown year-round closer to where they are sold, he said. The growing season for an outdoor farm in Upstate New York is only about 125 days, he said.

The project is a big win for Madison County, which has been looking for years to recruit agribusinesses that can put the county’s vast amounts of farmland to good use. “This has been a target industry for our economic development,” Hicks said. 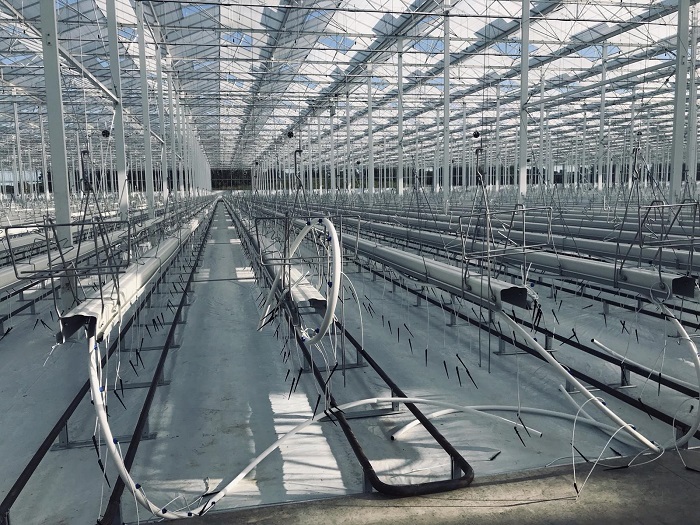 Preparation of the growth installation in full swing.