Ever since the rise in glass covered vegetable cultivation in 2015 and 2016, many new greenhouses are being built. As is the case here in Berkel en Rodenrijs (Oostland) at tomato grower Solyco, owned by Gert-Jan van der Spek.

A new greenhouse appeared a couple months ago, at the place where Frank van der Burg used to grow tomatoes and Christmas Stars on 3.5 hectares. The old greenhouse has been demolished, and Solyco purchased the plot situated next to the current location, making it a total of 7 hectares. 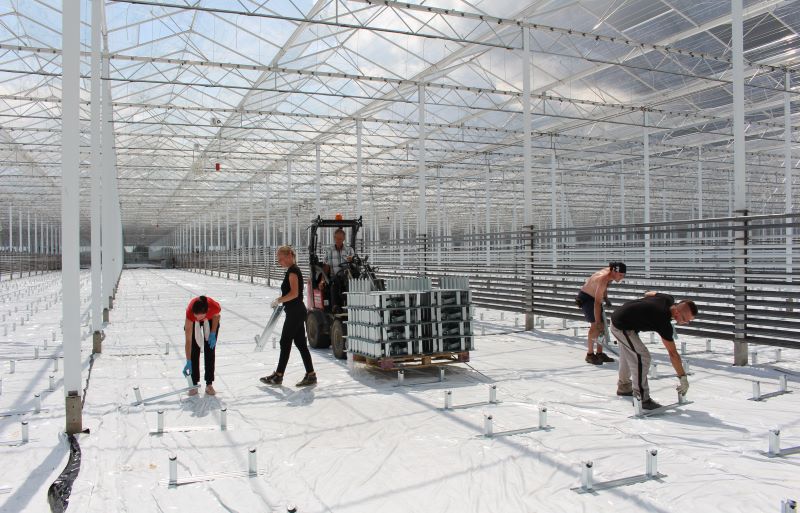 Construction supervisor
Van der Burg (71) is still active as a construction supervisor for Solyco during construction. This week he is working with a group of Solyco employees on the installation of the pipe rails supports, on which the heating pipes are placed later. Also, this week the concrete path was poured in the center of the greenhouse. Next week the gutters will be hung up. On August 23rd everything has to be done, because then the first plants will be delivered by the plant breeders. From mid-October, the tomato producer expects to be able to harvest.

Waiting
Due to the fast rise in the market some growers need to wait for a greenhouse builder to start construction, says Van der Burg. "The greenhouse market is booming, especially since 2016. There is often a shortage of materials and this has certain limitations. Fortunately, Solyco was an early bird and found in Havecon a builder that could start construction in January 2017."

New gadgets
The new company was built in six months and is equipped with the latest gadget in horticulture, according to Van der Burg. "There will be nine paths per two trellies, one less than usual. This makes the paths wider so that more light falls on the plants. ' Notable in the greenhouse is the sea of light filling the space as soon as the sun breaks through. This is due to the roof with extra clear glass. This type of glass generates six percent more light thanks to a coating on both sides. The white coated poles also contribute to the light yield.

Lighting
"Given the developments in horticulture, it is important that you can deliver to the retailer year-round. Therefore, the greenhouse is equipped with lighting so that you can guarantee continuity, "says Van der Burg. With this new greenhouse in Berkel and Rodenrijs, Solyco now has three sites, next to locations in Bergschenhoek and Bleiswijk, and subsequently supplies 17 hectares of tomatoes via the Grower Association Van Nature. 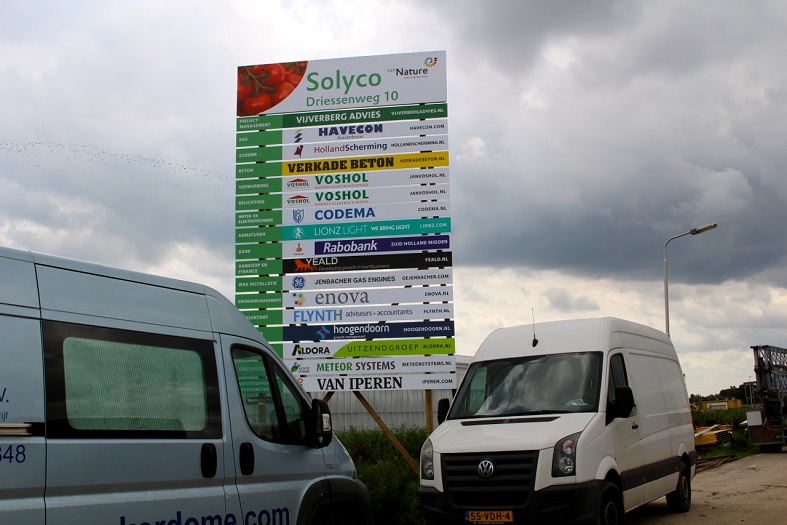