"Labor is the bottleneck in high-wire cultivation"

During last winter in the Netherlands, at one point the temperature was 7 degrees below zero. That was when our builders were working on a new greenhouse for Rino Kaljouw in Sint-Annaland. "In the mud, surrounded by ice, they were slogging away," says the cucumber grower. "They just kept going." There used to be a greenhouse of 1 hectare on this lot. It was ready for replacement, with a new greenhouse of 2.4 hectares. The screens (double slip-in) were installed by PDI Screens, PB Techniek facilitated the technical installations, Meteor produced the gutters and Agricon took care of the heating. Together with a Hortimax computer, the greenhouse is ready for production. "And all that in three months," according to a satisfied Rino. 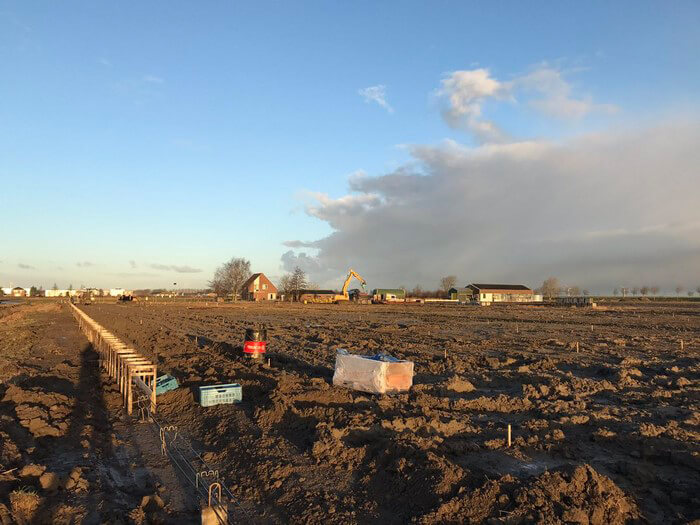 And at the beginning of the year, construction of the new greenhouse began. The sun is deceiving: it was really cold. 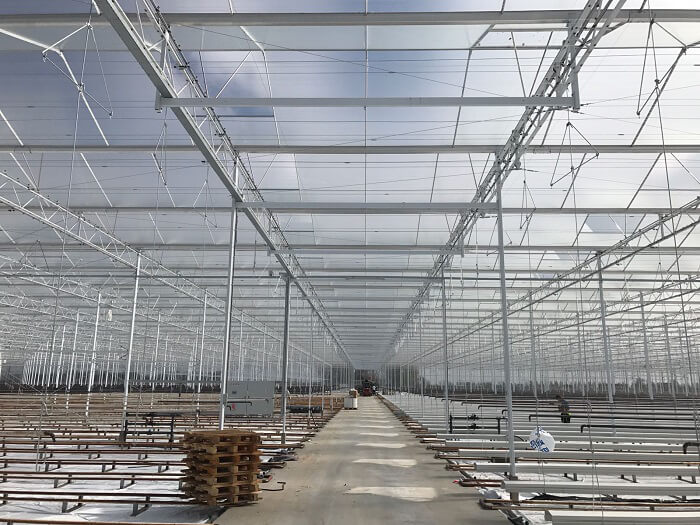 Six weeks later, the greenhouse was fully glazed, and the rest of the facilities could be taken care of. The tube rails, for example. 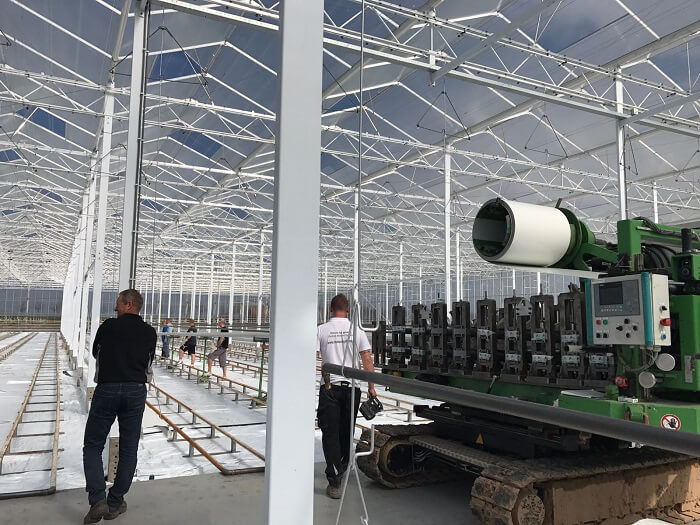 And placing the gutters.

High-wire
This week, Rino Kaljouw harvested the first high-wire cucumbers in his new greenhouse. "You grow high quality cucumbers on the high-wire, but labor is the bottleneck," he says. The new greenhouse has a column height of 6 meters, which makes it suitable for the high-wire cultivation. On April 14th, the plants were put in. Depending on the how the crops do, Rino wants to either replace them once, or leave them to the end of the season. A great contrast with his other greenhouses, where he does four crop changes a year. "By planting four times we can grow good-quality cucumbers. This can also be done with the high-wire, only you have to plant less often," he remarks. On the other hand, labor costs are considerably higher, and these first weeks he has already noticed that it needs quite a lot more labor. "Labor is the bottleneck in high-wire cultivation, you can see it that way." Getting good employees is not a problem for Rino. "That went better than expected - I definitely cannot complain. It's just a lot of work on the high-wire."

Positive start
Depending on how cultivation progresses, he wants to change his other greenhouse (6 ha) to high-wire as well. "There we have the second cultivation in production, which was planted on March 28 and April 7. We've been harvesting for two weeks there now, and luckily prices are on the rise again slightly. And the quality from both cultivations is looking good. That makes it even better."