Michael van der Mark has had a very succesful home race in the Superbike World Championship last weekend by securing two podium finishes. Wearing the Havecon and Voorwinden name on his helmet the driver jumped up to the fourth position in the standings after four races. We are exteremly proud of Michael's accomplishments this weekend! 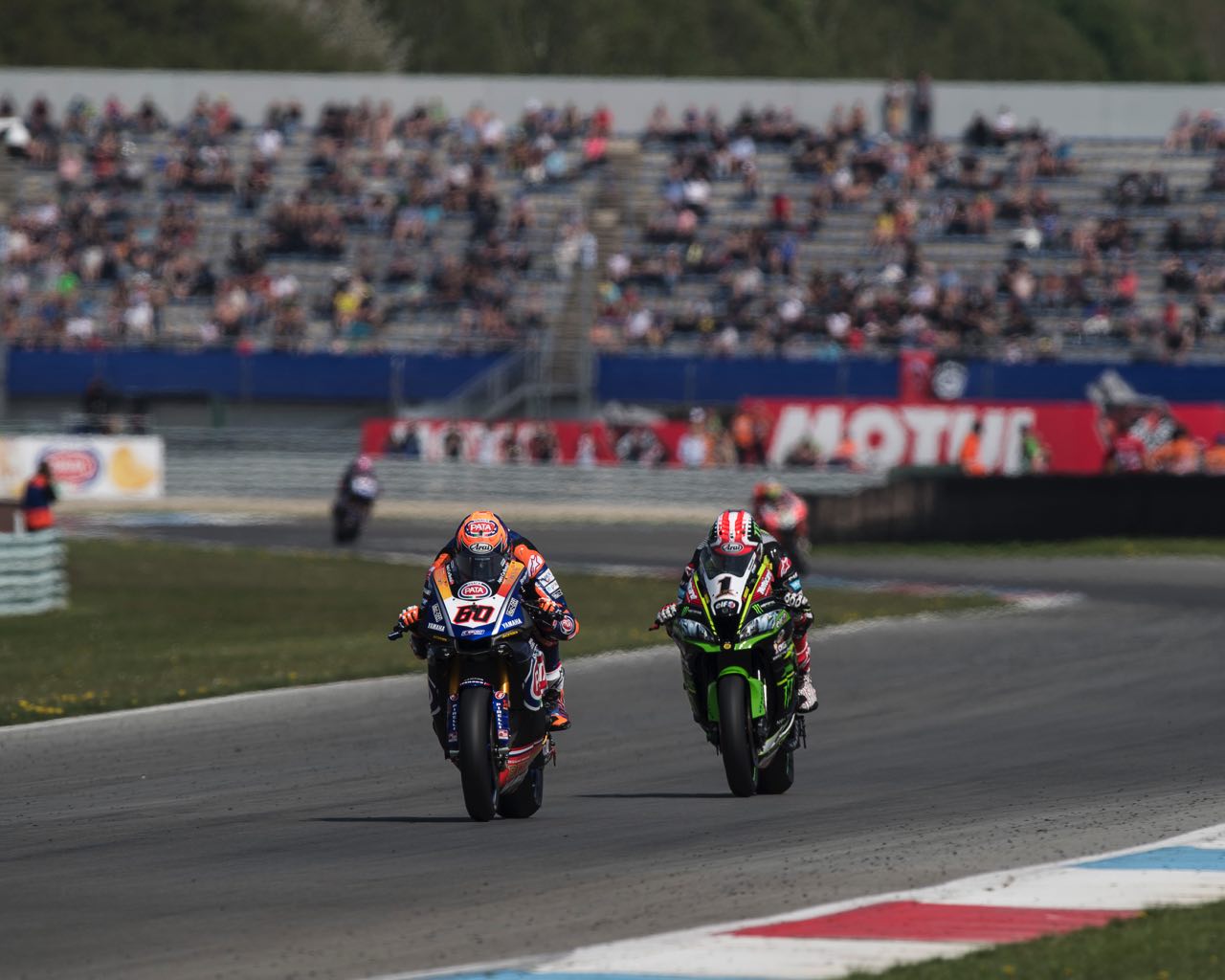 Van der Mark loves racing in front of the Dutch fans at Assen and it always seems to bring out the best in the 25-year-old rider. A mistake in qualifying saw him miss out on a good starting position. Starting the race from seventh on the gird, he made his usual lightning start and was up to fourth by the first corner. Remaining calm and focused, he moved up into second on the third lap and then became involved in a race-long game of cat and mouse with Jonathan Rea and Chaz Davies. 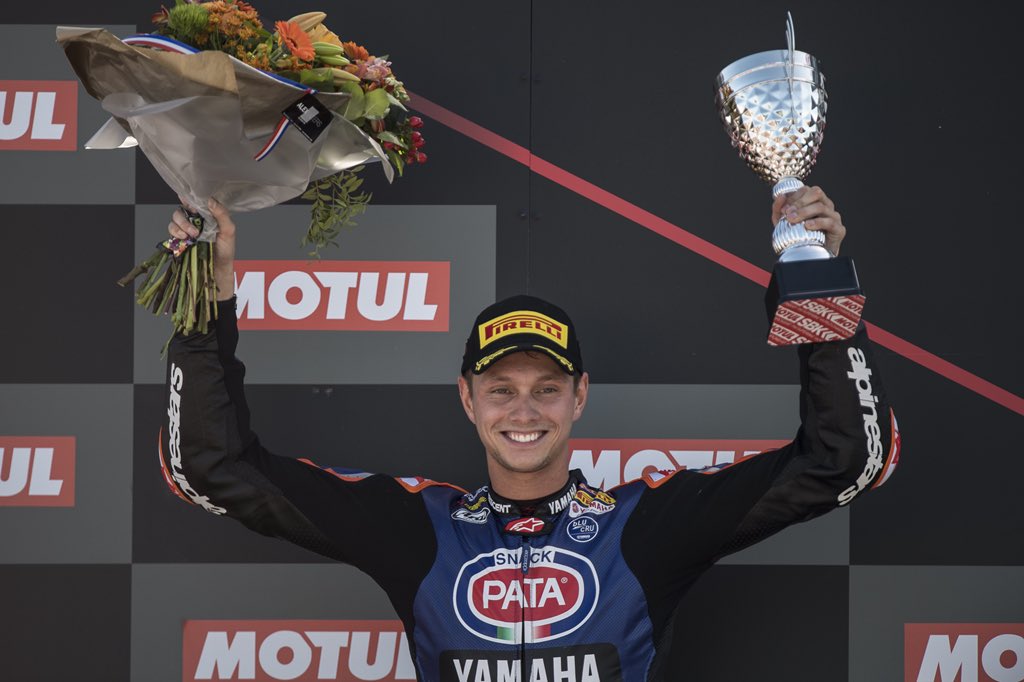 “I am really, really happy with the result. In SP2, I made a big mistake on my qualifying tyre and I was quite angry. I had to start from P7 but had a good start and took a special line into Turn 1 to make up a couple of places. I stayed quiet in the first few laps, passed a few people and I knew I had to stay calm because I had the pace to fight at the front. Step by step I managed my way to the front and I was following Jonny and I thought he wasn’t pushing 100%, so I tried to stay with him. Then, I managed to get past him and tried to push to see if we could break away from the other guys behind us but, after that, he passed me again and I just tried to stay with him because I knew in the last few laps we could have a good battle. Then Chaz got involved in the mix. I was a little bit worried but when I saw how hard Chaz was pushing Jonny and I could follow them quite well, I was really happy. Then, in the last few laps, I saw that everyone was struggling a little bit. I passed Chaz and I tried to catch Jonny but he had a little bit more pace and he took the race win. Anyway, I am really happy with P2 as this is the closest we have been to a victory. For tomorrow, we have to improve some small areas on my R1 and I think we can fight at the front again.” 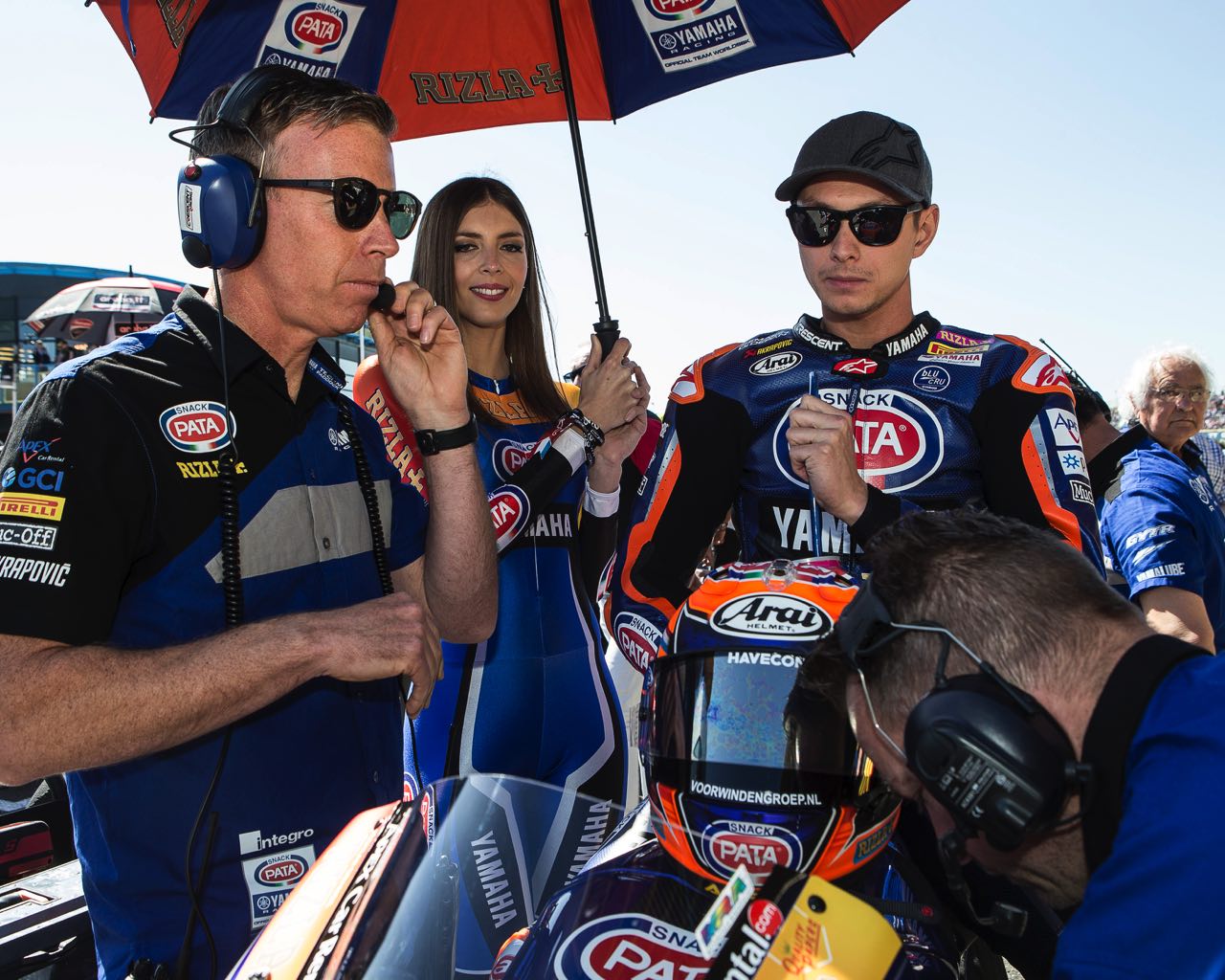 Michael started the second race from eighth on the grid but after a blistering start, he was, incredibly, up to third by the end of the just the first lap. Once again, he would become involved in another superb battle with championship leader Rea – this time for second – that ran until the final few laps. The 25-year-old Dutch rider was biding his time and saving his tyres to engage Rea like he did in Race 1 in a fight towards the end but during the final stages, he suffered from a small technical issue with his Pata Yamaha R1 that saw his challenge for second fade. Instead, he took the chequered flag in a sensational third place with the grandstands in Assen erupting once more for the man from Rotterdam as he secured his best ever points haul from a WorldSBK weekend. In the process, he also recorded the Pata Yamaha Team’s – and the new generation Yamaha YZF-R1’s – first ever double podium during a race weekend. The 2014 WorldSSP Champion is now looking like a serious contender and is fourth in the overall standings with 103 points, just 12 behind Marco Melandri in third. 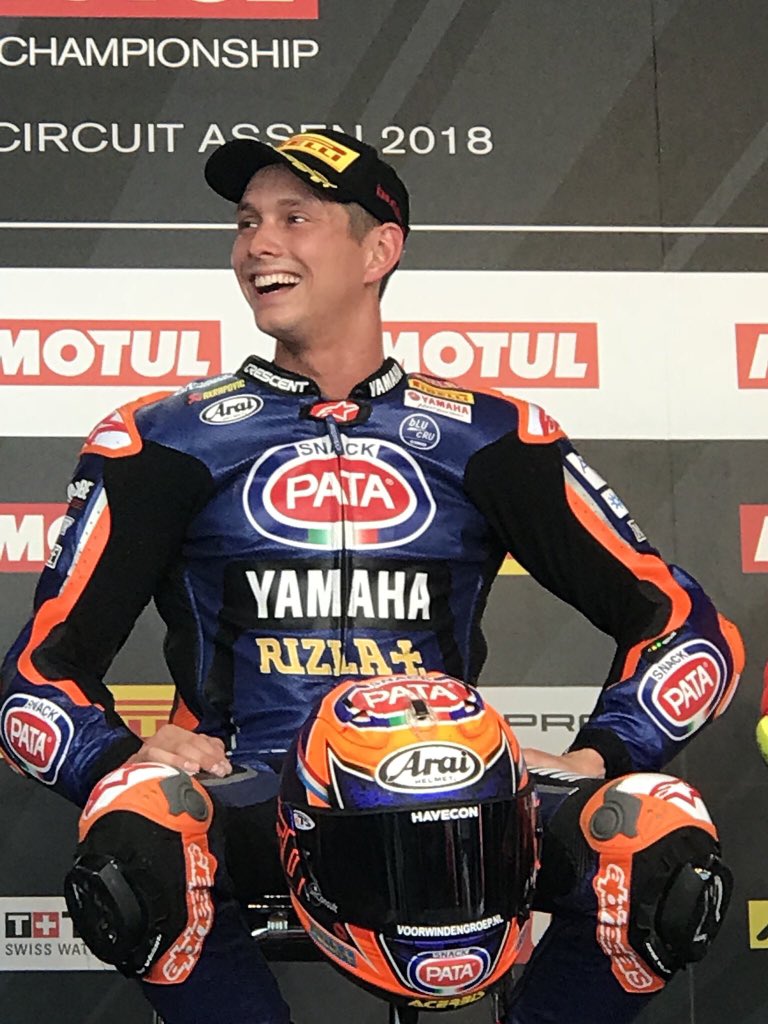 “I am really happy to have secured a double podium! Yesterday, I was quite close to Jonny fighting for victory and I was really happy with that. I was hoping today we could repeat it and, coming from eighth place on the grid, I had a good start and a good first lap. To be honest, I struggled a bit compared to yesterday. I think the temperature went up a bit and I was struggling a little with the front grip and my pace wasn’t as good as yesterday, so I was a bit worried. Jonny passed me and the best thing I could do was follow him, so I did that, felt good and thought we might have another nice battle but during the last few laps, we had a small issue with the bike which meant I couldn’t fight with him." 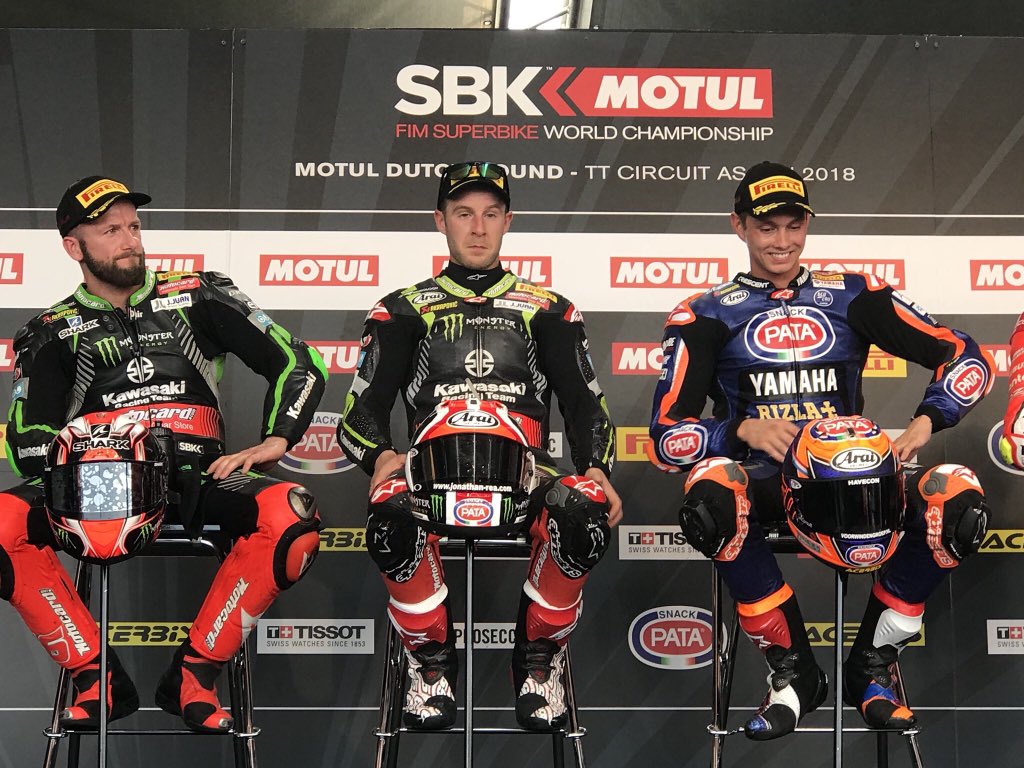 "Anyway, it has been an incredible weekend, we have been fast from the start. We have had amazing weather, amazing crowds, so I have really enjoyed my home race and I am really happy to go home with my two trophies. I am looking forward to Imola but first, we hope to have a good test in Brno. We have a few ideas to try with the bike there and then it is Imola. I think we have a good base setup with the bike and hopefully, Imola will confirm that. If we can find a bit of extra speed at Brno then we will be able to fight at the front again in front of Yamaha’s Italian fans.” 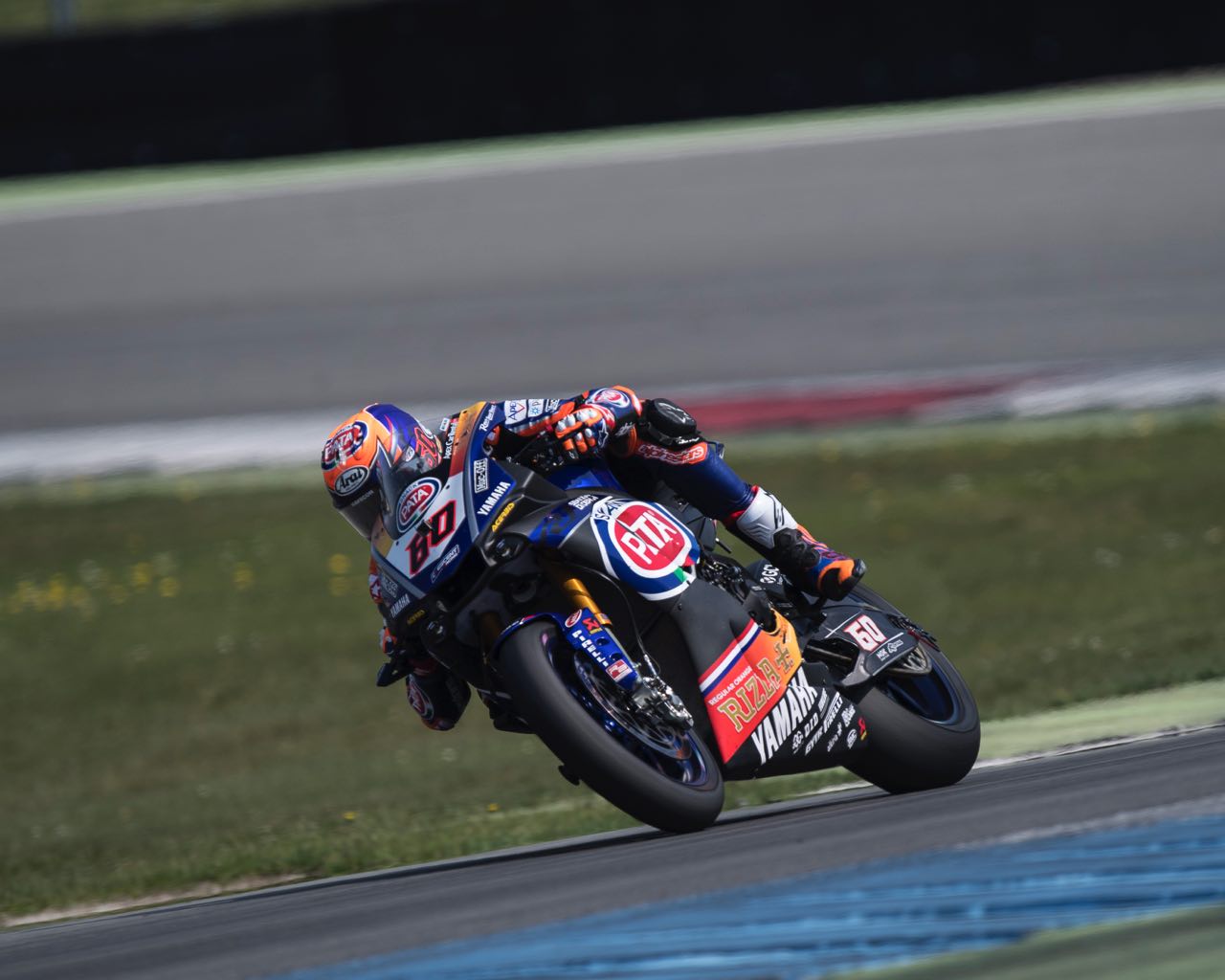