It's not a combination you would expect beforehand: a greenhouse right next to a power plant. Yet it makes perfect sense. A greenhouse needs heat energy, and a power plant needs to get rid of heat energy. By placing them next to each other, lines are kept short between them. Early May the greenhouse received a special delegation, among them three ministers of the government of the state of Nordrhein-Westfalen. The very modern "Neurather Gärtner" in Grevenbroich offered the right setting to hold a convention about innovation and change in structure in Nordrhein-Westfalen. 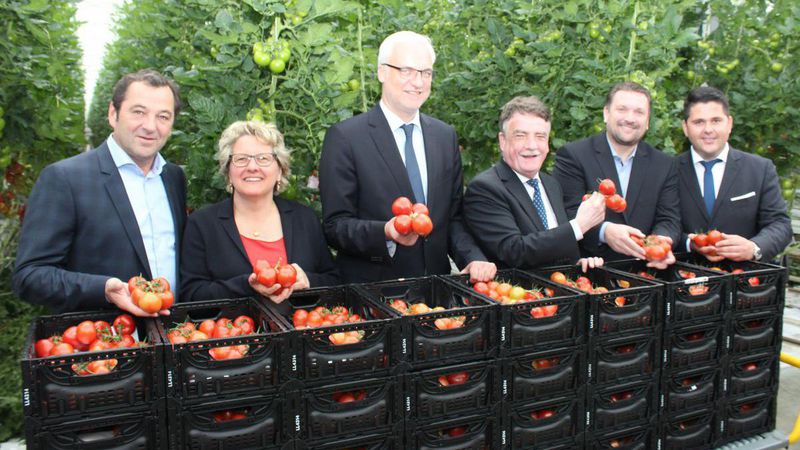 The company has a total of 16 hectares and is specialized in growing tomatoes. During their visit the ministers received a tour of the entire company. It wouldn't be complete without tasting the delicious tomatoes fresh from the plants. "We are happy to have received the ministers and the delegates of the 'Innovationsregion Rheinisches Revier' as guests. Innovation is and will always be  important  for Landgard and for Neurather Gärtner"", says Labinot Elshani. 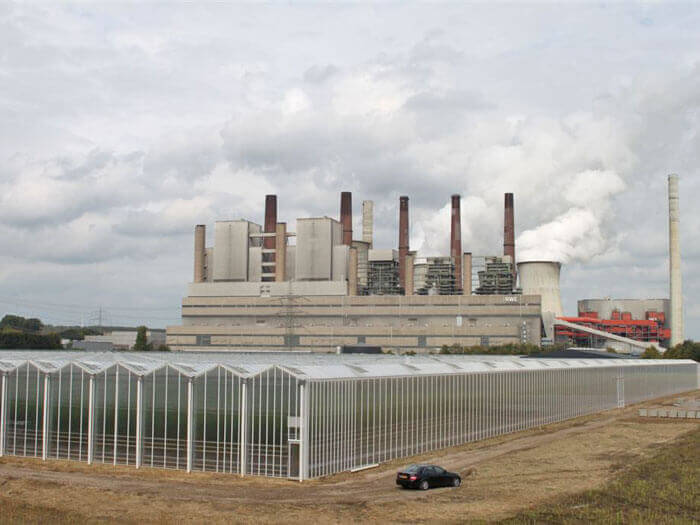 The powerplant in de background of the greenhouse, literally only several meters away

The production of tomatoes utilizes the latest methods of technology. Besides that great value is placed on durability. The climate in the greenhouse is controlled by the most modern computer technologies and is adjusted constantly to the needs of the tomatoes. The greenhouse is heated with waste energy from the power plant next door.

The movie below shows the use of insects in the greenhouse of Neurather Gärtner.