A greenhouse of 2.3 ha is being built at Ad Coolbergen, resulting in a total area of 10 hectare for this radish farm. "We see an opening in the winter for the market. In the summer we want to let the soil rest", according to the grower. 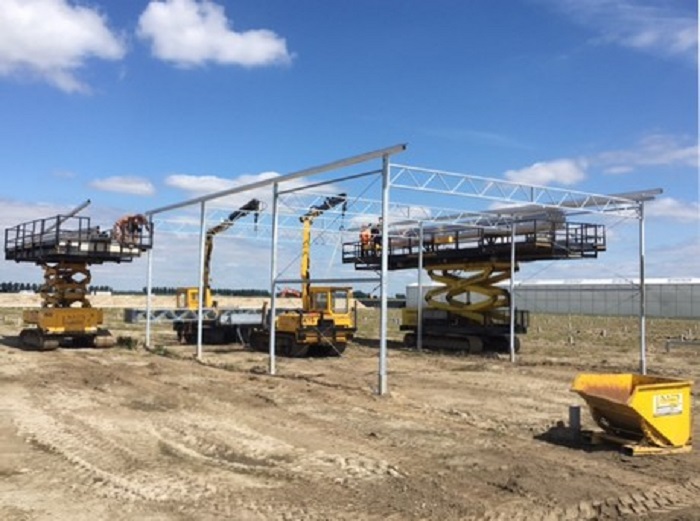 Before the summer holidays the piling was already finished. This week the first trellies have been put into place. This will be a 2.3 hectare addition for Ad Coolbergen. "We see that we can trade more in the winter. It hasn't been the case for a couple of years, but it is returning. That gives opportunities for us" according to the grower. The buyers want to spread their risks. "In the winter months Italy is the market leader, but there is always room for Dutch growers. Production in Italy can go up and down", tells Coolbergen, who also grows radish in Italy. "Customers want Italian products, and complement this with Dutch products. This way we won't compete with our own Italian crops, but we see an opportunity for Dutch growers."

The trend is visible all around The Netherlands, showing a steady growth in the radish acreage. "Around ten years ago many growers quit, mostly the smaller breeders and those who only grow radish in the spring. There are fewer companies present that grow radish, but the ones that remained have grown in size. The acreage is slowly increasing in the last couple of years."

Colder breeding
The possibility to grow radish at colder tempartures is a second important factor. "Using less energy to grow crops is a common trend. When it is colder we use longer growing hours compared to a couple years ago." Cost reduction is not the only motivation. "The quality isn't going down. I feel that we deliverd less quality in the previous years to reach a certain speed. The costs for gas were controlable, even in cold winters we kept heating the greenhouses. Now we use a lower temperature. It slows down the growth with about one week, but it is still better. And with this extension we have the room to do it." 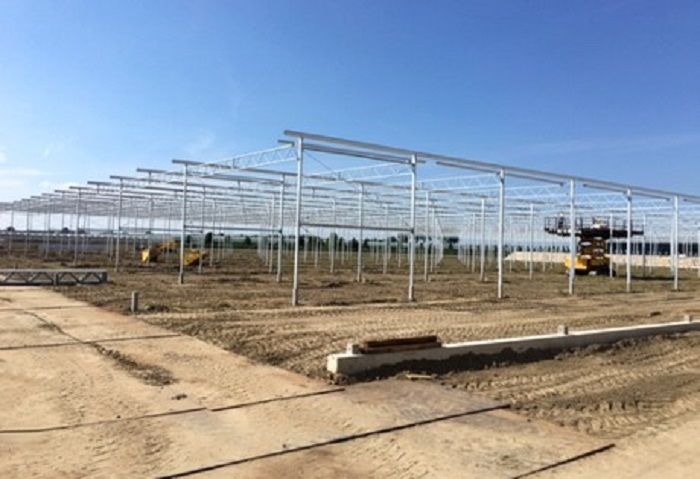 Summer rest
The summer time is a completely different story. "There is an increase in supply from other areas.  Production is at full speed in Germany and Poland. You can be lucky, but supply can also outweigh demand." That's why Coolbergen chooses not to be fully active during this period. "We want to give the plants some room. One round can be three weeks, and you can constantly harvest and sow, but we choose not to do that. We want to let the soil rest for one round of crops. We have the option to give more water and sow a fertiliser. We do that in Italy, too."

Piling was finished before the summer holidays, and this week he first trellies have been placed in Oude Tonge. The first plants will be sown November 1st, according to the schedule. First the soil needs to be treated with an organic substance and it needs to be steamed. The builders will need to be quick, but Coolbergen trusts they will deliver. "The greenhouse is identical to the one we already have. A simple construction, according to the builders", he smiles. Diffuse glass is not interesting for radish growers. "In Italy we have performed tests with diffuse plastic. There is less direct sunlight on the ground, resulting in a lower soil temperature. That's not what you want! In the summer we'll add a chalk layer. This dampens the sharp sun, and prevents the leafs from burning up."

Read the full article on the website of Groentennieuws.