Pata Yamaha Official WorldSBK Team’s Michael van der Mark wrote history by taking his maiden victory on Saturday at Round 6 of the 2018 Motul FIM Superbike World Championship at Donington Park and the flying Dutchman produced an encore performance on Sunday by pulling off a simply incredible ride from ninth on the grid in Race 2 to claim his second race win of the weekend and do the double.

Michael van der Mark’s historic Race 1 victory saw him become the first Dutch rider to win a WorldSBK race and meant he recorded the first win for Yamaha since their return to WorldSBK in 2016, but it also meant he would start Sunday’s Race 2 from ninth on the grid. A track temperature of 37˚C, cloudy skies, and some drops of rain were the order of the day at Donington Park on Sunday and when the lights went out the 25-year-old remained calm and skilfully picked his way past a number of riders amidst a chaotic first few laps. Up to fifth at the end of the first lap, he was showing superb pace and consistency and had fought his way to third by lap 2. He kept on pushing on his Pata Yamaha R1 and by the fourth lap he was into second place and had set his sights on closing down the 1.5s gap to his teammate Lowes in the lead. 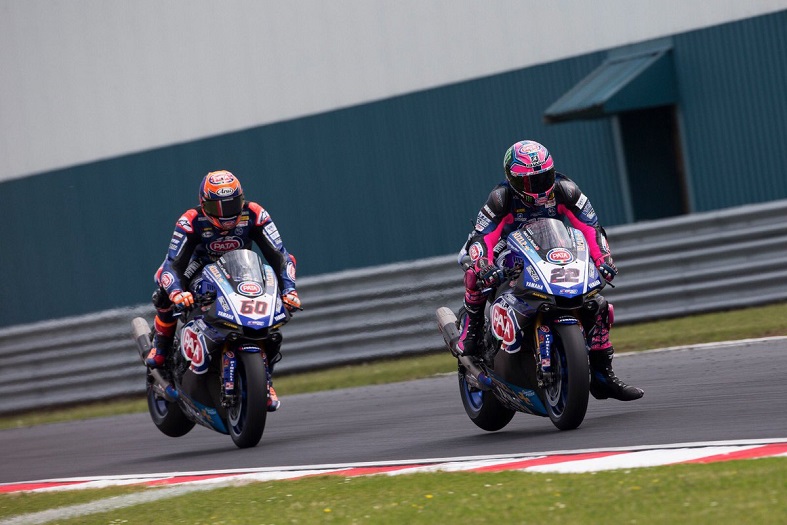 Staying patient, the 2014 WorldSSP Champion’s pace continued to improve as the race went on and by lap 9 he was right on his teammate’s back wheel. The fight for victory became a three-way battle as Jonathan Rea joined the two Pata Yamaha R1s and, in one of the most sensational races seen in WorldSBK for a while, an incredible game of cat and mouse ensued over the next few laps. Rea made his move on lap 12 for second place but van der Mark just took stock and bided his time, knowing that his pace was good enough to fight for victory in the latter stages. On lap 18, he blasted past Rea and Lowes to take the lead for the first time and with a clear track in front of him, he never looked back, setting his fastest lap of the race on lap 21 and opening up a gap over his rivals. Continuing to push right until the line, he went on to record his second WorldSBK victory by 2.328s, less than 24 hours after the first. In the process he secured a historic Donington double and the 50 points he collected this weekend now sees van der Mark move up to third in the championship standings with 163 points, just 18 behind Chaz Davies in second. 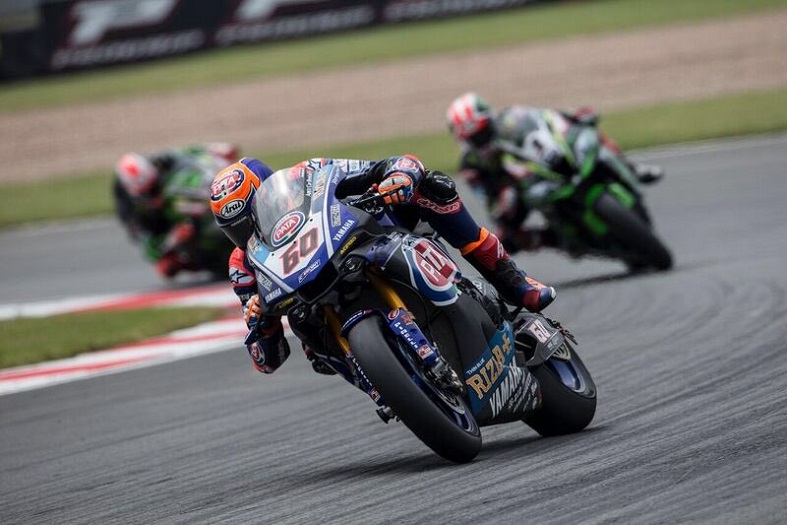 Michael van der Mark “That was incredible! They always say that after the first victory, it gets easier but I never expected to win today. We made some minor changes on the bike, I was still losing out in some areas to the other guys, but my R1 felt really good. I had to start from ninth and stay calm in the first few laps that were a bit chaotic. I made my way to the front and followed Alex for a long time. Jonny passed me and I kept calm and used my head, at the end I managed to pass him and pull away! It was incredible to take my first victory but I am genuinely lost for words about the double this weekend. The Yamaha is working so well and we had a really good test at Brno, so I am really looking to riding there. For sure, this weekend has given us a big boost and we now know that we can go there to win!” 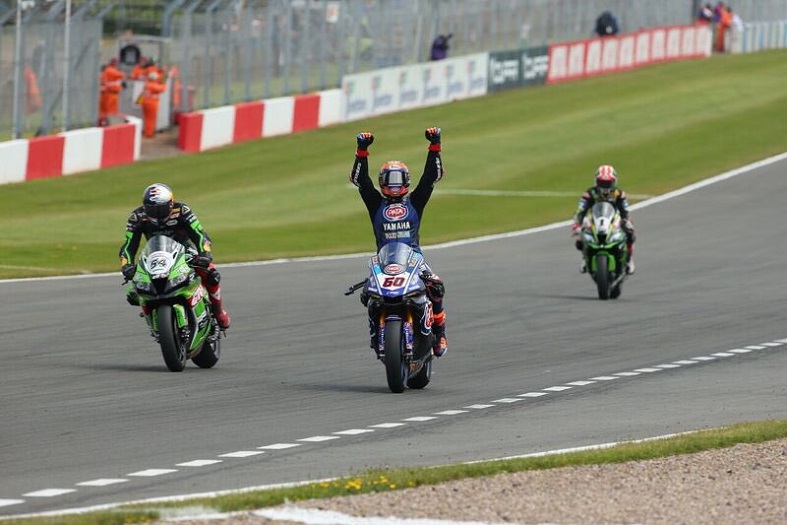